Developing mobile apps nowadays has become familiar due to the advancement of technology. Apps are essential to run a device, and their usages are increasing day by day. The developers can easily Develop iOS apps through coding and following other metrics. However, developing a good quality app requires enough time and a high level of developing skills. If you are going to develop or build an app with the help of developers, the first question comes to how much it will cost. After a number of extensive research and experience, we learn that app projects can be quite complicated, no matter what type of app you are going to build. Similarly, mobile apps development is a multi-step process, which involves careful planning with a proper timeline and the best app developing experience.

You can simply develop an iOS app with the help of an iOS developer. Developing different sorts of apps requires different techniques and time frames based on app key features and complexity. Developing iOS apps for apple mobile or other apple devices comes with many factors that collectively influence a final cost figure. In this comprehensive guide, we are going to discuss the cost to develop an iOS app. Here, you can also find what are the things to consider before going with a price to develop iOS apps.

What is an IOS App? 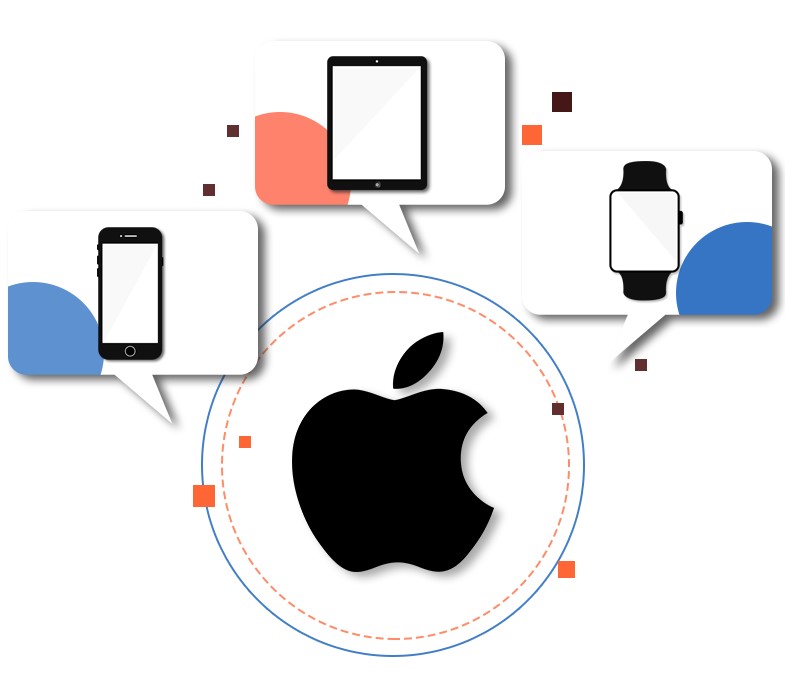 How Much Does it Cost to Develop an IOS App? 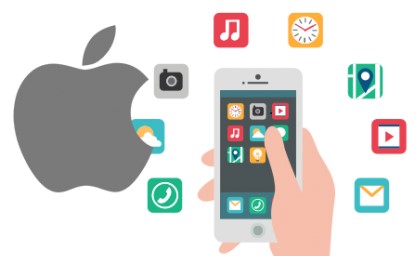 It is clear that the iOS or Android app development cost depends on the app's key features and the complexity of the development. There are several kinds of things to consider to know the estimated cost of iOS apps development service. The app functionality and the purpose that actually can be capable of doing for its users. Another significant thing is the mobile platforms and devices supported that also show effects on the app development cost. Also, the size of a project is a deciding factor because the programming languages depend on the time spent together by following, the complexity of the functionality, and the business logic effects of the development cost.

Factors to Consider to Know the Price of App Development 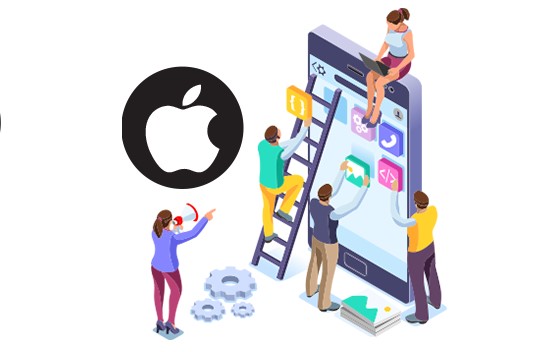 Different sorts of factors come when you try to decide the cost of the iOS app development. It is better to know that the type of vendor, organization, or location affects the cost of iOS app development. The number of features you are going to use on your app. Also, the complexity of the app is essential to the development and influences the development cost. Also, the complexity of UI & UX design, including the back-end infrastructure and connected APIs needs to be considered before deciding the cost.

App concepts also influence the development cost. These are the significant factors that help to know the cost to build your iOS apps or other apps deployment and maintenance.

The complexity of an app's functions and features also affects the development cost. However, the features and the structure of an app determine whether the app is basic, medium, or large. For instance, if you are going to develop an app using two platforms with lots of features then, it will be the large ones. Whereas basic app development is described as a simple product with only core features. The app functionality and the complexity of the number of features are the generators of the cost of a development process. If you are trying to predict how much it will cost to develop an IOS app then, you need to know or work out how complex your app is going to be. Creating screens, buttons, fields, integrations, and logic, all these features required time to develop and affects the cost. Some basic features are considered, but the complex category of features requires more time and cost to build an app.

The Backend Infrastructure Effects on the Development Cost

Backend is a server where the software runs, which allows the app to communicate with an external data source. While developing your app and if the features required syncing with the internet then, it usually needs the backend infrastructure development. The syncing with the internet connectivity like user accounts, tracking progress linked to an account, uploading data like images, text, and so on. There are also alternatives to developing your backend by maintaining your server. But that has limited capabilities, and that is more expensive in the developing process. Backend development is well-known as side server development, which focuses on databases, backend logic, APIs, and servers

The Developers Team Influence the Cost of App Development

Another salient thing of the iOS app development process is the location, which may vary depending on the hourly rates in the chosen world region. In North America, the price range of an iOS app developer is up to $150 per hour. Whereas in Eastern Europe and the UK developers, hourly charges up to $40 to $70 on the process of development.

The hourly price range is not only a factor to consider for developing iOS apps for an iOS developer team. The pace and quality of work are important because the hourly rate of developers might be relatively low, but the overall cost can get higher due to their work tempo. That can also take a longer time to become more expensive.

IOS App Development Cost Depend on the Framework 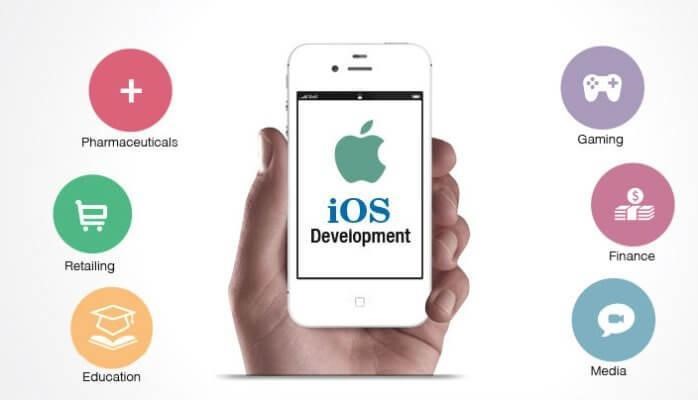 However, the iOS app development cost also depends on the framework.

The best frameworks for iOS apps development are;

React Native is one of the most impressive and more advantageous app development framework platforms for IOS. It focuses on the developer to build high-performance iOS apps. All for its smoothest animation that code quickly converted to.

Mobincube is one of the best framework tools for iOS apps development. It is not only used on iOS but also used in android and windows platforms. Mobincude offers a pre-build 100 percentage template that is utilized easily.

Sencha Touch is a cross-platform framework to do iOS apps development. It is one of the best premium-quality frameworks for the IOS and Android platforms. It is known for the use of HTML5 to build iOS app.

Intel XDK is a famous framework that is familiar to all. It is also a cross-platform application available in the app store. This Intel XDK includes a web development service with a responsive and interactive mobile app.

The Xamarin is also an excellent framework to use for iOS apps development. This framework extends the dot Net (.Net) platform with the involvement of different essential tools and libraries. Also, these tools and libraries are specific for developing apps on iOS, Android, macOS, and many more. However, this framework is an open-source app platform, which is preferable to Microsoft for developing modern & performant iOS and Android apps, including C# and .Net. This framework comes with the extensible markup language, which is well-known as XAML, to build dynamic mobile apps using C#. It is a base framework that provides excellent access to native features. You can also enjoy platform-specific libraries with the Xamarin framework, which includes access to APIs from Google, Apple, and Facebook, including many more to add rich capabilities. Additionally, the editor extensions of this framework are an excellent option to use that include syntax highlighting, code completion, designers, and other specific functionality to develop mobile pages.

Several iOS apps development companies are available in the world. You can get quality iOS app development services from the following companies.

REXO IT is a market-leading mobile app development company in the world. They do several types of app development, including other IT-related work. They have more than 50+ iOS, qualified developers. The developers are enthusiastic and always provide the best quality of service to their clients.

Algoworks is a mobile app design and development company, which is based in Sunnyvale, USA & Noida, India. They work professionally and deliver quality services to their clients. They have different sorts of expert developers for designing, development, deployment, and marketing.

Netguru has professional developers for building digital products. They provide business solutions for too many organizations by delivering the best of their work. Their working process is convenient and provides long-term success for every business. The On-demand apps are convenient to use. Learn the development process of an on-demand liquor delivery app with thousands of features and programs to use. Get the on-demand home service app development service from our professional developers, and start your business with on-demand service to become successful. Learn the iOS app development requirements of the Mac for iPhones, iPods, and so on. It is essential to get ideas about the latest trends to build iOS apps. What Language is Used for iOS App Development?

Use the best programming languages for developing your iOS apps. You can use several languages to code iOS apps, but it is necessary to choose the best one. How to Write a Request Proposal (RFP) For web Development?

Learn how to write an RFP for Web Development at REXO IT. The process of a website development proposal is convenient and includes several sections. Learn the mobile app development process with the step-by-step guide to determining the data to ensure your business with potential design and development.